So, someone recently asked me about where the idea for Where I Belong actually came from. The answer is actually a pretty short story.

One night I was listening to Pandora on my headphones and Rascal Flats I’m Movin’ On popped up. For some reason, I listened to it with my full attention and this vivid image of a young man pumping gas on his way out of town with everything he owned in the back seat of his car came to me. I can still see almost every detail from the missing button on his jean jacket to his ratty Nike sneakers to the beat-up guitar case to his curly dark hair and sad, pale, blue/gray eyes. For weeks afterward, I kept coming back to the image and kept thinking about him, trying to figure out what his story was. After a while, Harper just started telling me his story. The writing was completely organic and just flowed from beginning to end over the next couple months. Then I put it away for almost six months without letting anyone read it. Once I pulled it out again, I let a few people read it and got positive feedback, so I kept tinkering with it.

More than two years later, my partner in life and in crime finally told me it was time to fish or cut bait– either submit it for publication or move on. My first hour seriously looking at publisher submission guidelines, I stumbled on a JMS-Books submission call for ‘coming home’ books. It took me a few days to reformat and write a synopsis but I submitted Where I Belong on a Wednesday and had an acceptance from JMS on Friday.

I’ve been a writer since the first moment I held a pencil, but WIB was my first attempt at a novel. Serendipity is a powerful force in my life. 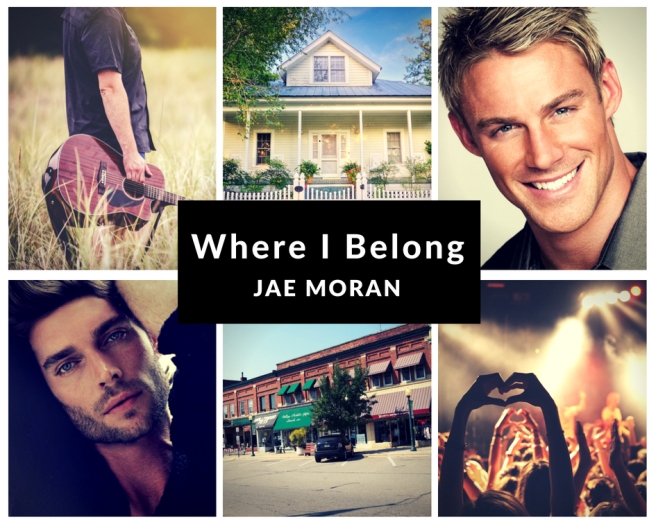 Bestselling author and erstwhile musician Harper Ellison started running from his troubled past before he graduated high school. When his sister tracks him down ten years later, Harper hesitantly agrees to visit the family and small North Carolina community that rejected him when he needed them most.

Life has taught Harper to avoid relationships, but he can’t seem to ignore his attraction to Lucas Rhodes, the buff, blond social worker living on his grandparents’ farm. Lucas quickly becomes an anchor in the maelstrom created by Harper’s homecoming. Together they wade through the grief and loss Harper buried six-feet deep just a few miles from his childhood home.

Choosing to forgive is the only way Harper will ever find peace, but can he learn that lesson before it’s too late?

“This was an outstanding story…I highly recommend this book, especially if you’re a fan of angst and hurt/comfort.”
Kenna, Joyfully Jay

“This really brought out the feels for me and I feel as I’m lucky to have read it. To see Harper face his past and find the strength within himself to allow him to forgive the people who totally should have been there for him when he was younger…yeah…Beautiful!!”
Roberta, Love Bytes LGBTQ Book Reviews

What are you looking for?